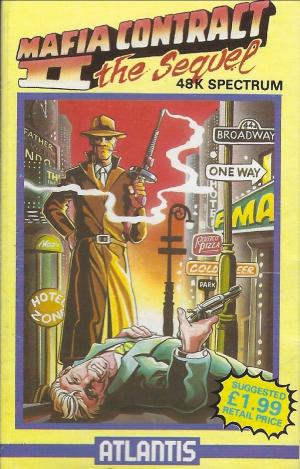 Mafia Contract II: The Sequel is a sequel to the original Mafia Contract. Like its predecessor, it is a text adventure with graphics. Since the events of the previous game, a year ago, you have become the personal advisor and bodyguard to your boss Don Capolla. Now another gang leader, Vito Rossi, is attacking Capolla, who has gone into hiding. Before doing so, however, he put out a "hit" on anyone whom he sees as a potential threat, including you.