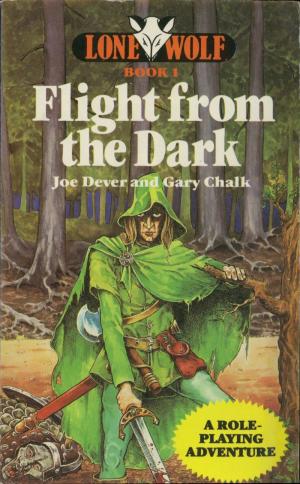 Lone Wolf: Flight from the Dark

You are Lone Wolf in this adaptation of the classic gamebook, "Flight from the Dark". The Kai monastery has just been destroyed and you play as the last apprentice of the "Kai lords", a group of elite warrior-monks, as you have to race to tell the king of the surprise attack and imminent invasion. Gameplay is very close to the original gamebook with branching decisions entered by keyboard, except for combat which is handled in a real-time 2D combat interface.