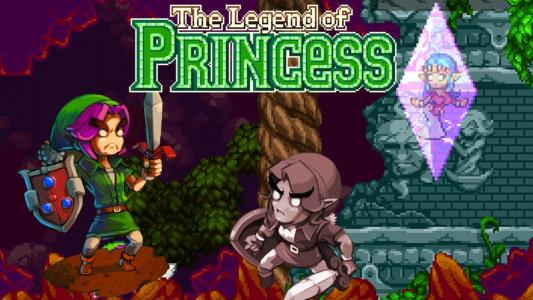 The Legend of Princess

The Legend of Princess is a fan game by Joakim "Konjak" Sandberg that pays homage to the Legend of Zelda series. The player controls Bind, a hero in a green tunic, who sets out to rescue the princess from inside the Dirt Temple, the game's only level. The game has an audio-visual style similar to Game Boy Advance games. Rather than an action-adventure game like the Zelda series, Legend of Princess follows an action-platformer gameplay model. All of Bind's moves and items are derived from Link's abilities in the Zelda games. Throughout the dungeon, the player can break pots for jewels, and discover hidden treasure chests with stockpiles of jewels and/or hearts.