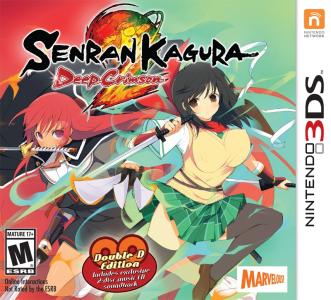 The story of Senran Kagura 2 focuses mainly on our heroines, the girls of Hanzō National Academy. Dogen is using the power of Yoma to wreak havoc on Japan and the girls must put aside their differences in order to stop him. It also includes the girls of the newly formed Homura Crimson Squad. The story reveals the identity of two new characters: a mysterious young girl named Kagura and her bodyguard, Naraku.