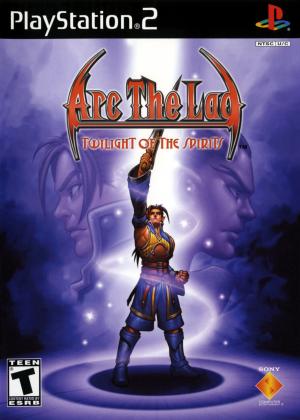 Arc the Lad: Twilight of the Spirits

Arc: Twilight of the Spirits is the fourth entry in the Arc the Lad series. Like its two immediate predecessors, the game has tactical battles which allow free positioning and movement of the characters on the combat field. However, the game is closer to being a "regular" Japanese-style role-playing game rather than a tactical RPG. The player controls a relatively small party (up to six active combatants), and is able to explore towns and dungeons in a standard RPG fashion. In the beginning, the game puts the player into control of Kharg, but afterwards the chapters alternate between the human hero and Darc, each with his own party. Characters can use a variety of techniques, accumulating SP (spirit points) in battles and them using them to learn special attacks.