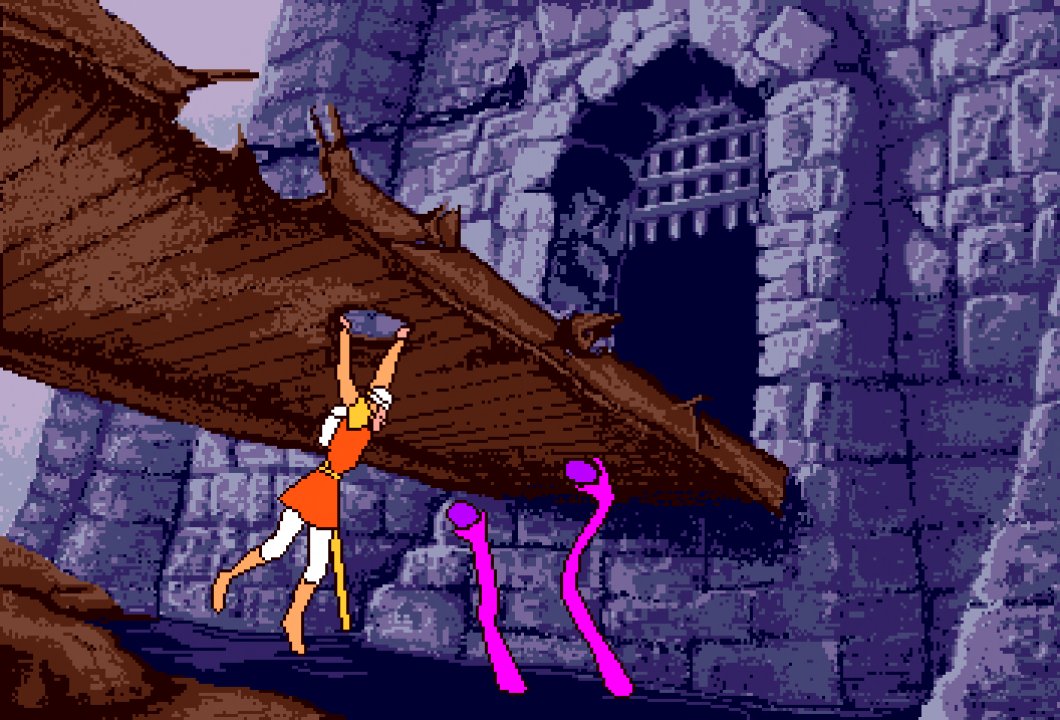 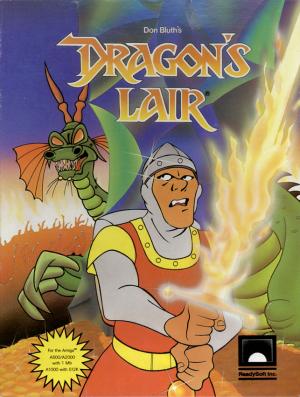 Dirk the Daring was a heroic, if clumsy knight. When Princess Daphne was kidnapped by the dragon, Singe, and taken to his castle, Dirk set out to rescue her. Due to limitations of the computers at the time, this conversion of the coin-op arcade game, Dragon's Lair only features the first half of the game, which consists of entering Singe's Castle and encountering the dragon. The adventures are continued in a second part which completes the conversion of the arcade game. Dirk the Daring is controlled by the player, who views Dirk's actions on the screen from third-person. The game is reactive and players must press the right controller direction or action button at the right time to have Dirk avoid traps, defeat monsters and otherwise stay alive. 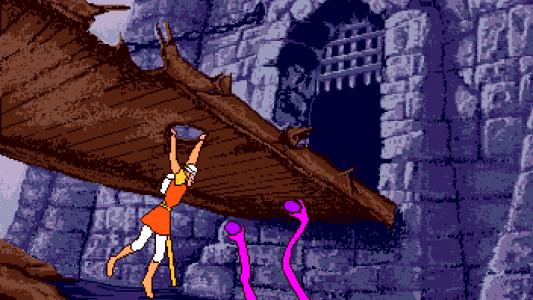