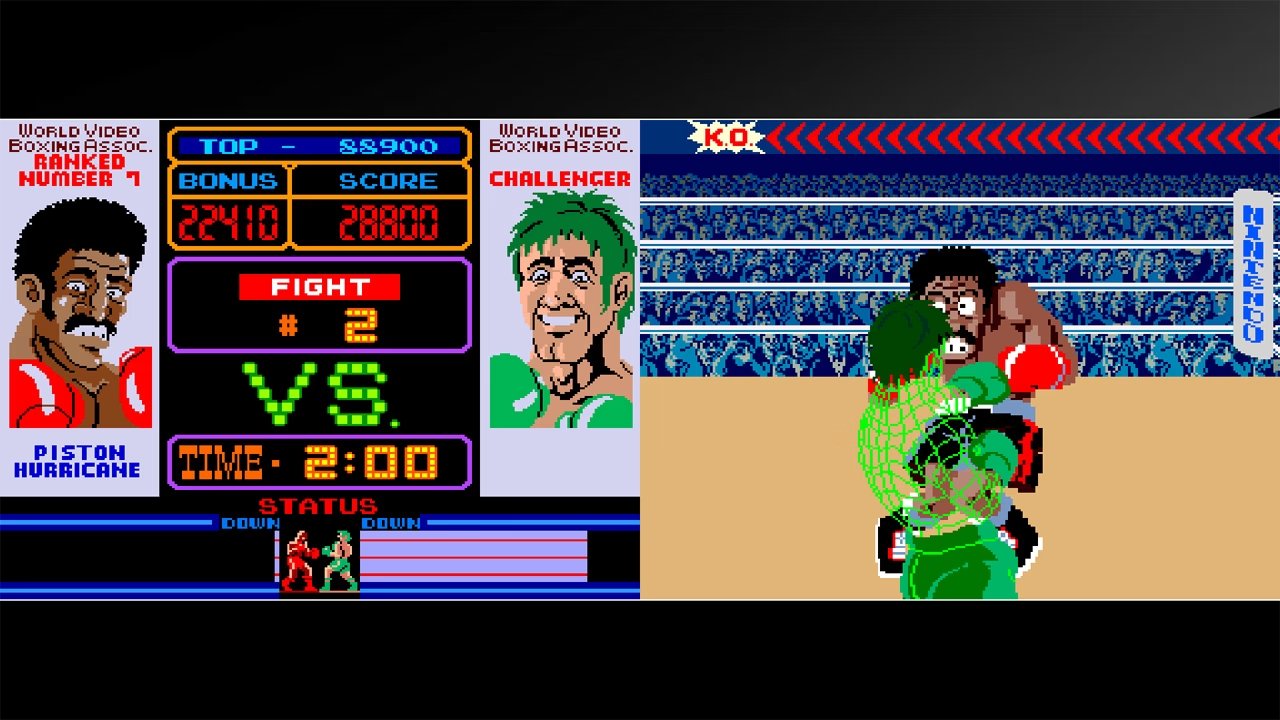 Power. Speed. Technique! Who will be the one to knock the champion down?! “PUNCH-OUT!!” is a sports-action game released by Nintendo in 1984. Watch your opponents' expressions and moves as you use a variety of punches and defensive moves on your path to become the boxing champion. The game became extremely popular with the double monitor setup, introducing intense boxing with dynamic graphics. The "Arcade Archives" series has faithfully reproduced many classic Arcade masterpieces. Players can change various game settings such as game difficulty, and also reproduce the atmosphere of arcade display settings at that time. Players can also compete against each other from all over the world with their high scores. Please enjoy the masterpiece that built a generation for video games: 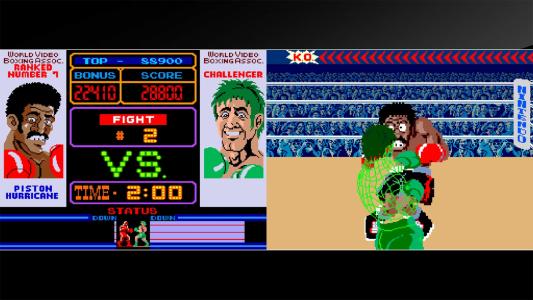 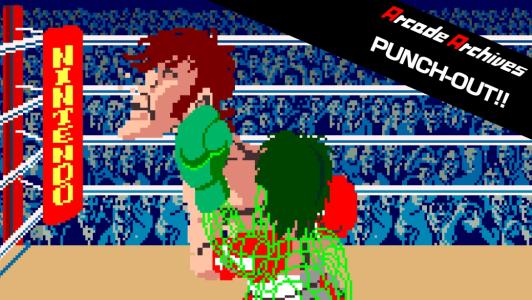