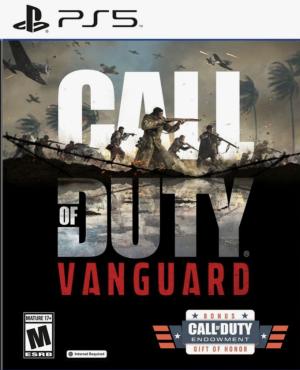 Call of Duty: Vanguard is a 2021 first-person shooter game developed by Sledgehammer Games and published by Activision. It was released on November 5 for Microsoft Windows, PlayStation 4, PlayStation 5, Xbox One, and Xbox Series X/S. It serves as the 18th installment in the overall Call of Duty series and the sequel to Call of Duty: WWII. It establishes a storyline featuring the birth of the special forces to face an emerging threat at the end of the war during various theatres of World War II. The game received mixed reviews from critics, with praise towards the campaign and multiplayer, but criticism for its Zombies mode and lack of innovation.