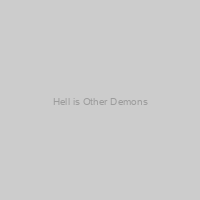 Hell is Other Demons

Hell is Other Demons is a juicy arcade shooter with bold color schemes and a heavy synthwave soundtrack. A Fast-Paced Bullet Hell Platformer with Big Pixels --- This arcade shooter is driven by quick, creative gameplay that rewards fast decision making and faster reflexes. A Hell of a Campaign --- Jump into the hooves of a demon out to kill a bunch of other demons as you progress through an extensive campaign and dominate wonderfully over-the-top bosses. Accumulate an arsenal of powerful weapons and upgrades as you take on varied and brutal challenges. Endless Challenges --- Fans of classic, high-score based arcade games will find a cozy home in Arcade Mode, which offers unlimited, procedurally generated action and infinite replayability. Nothing is stopping you from topping your high score except thousands of bloodthirsty demons. The Best Bleeps and Boops --- Hell is Other Demons’ bold colors and chunky pixels are backed up by a heavy synthwave soundtrack composed by Rémi Gallego, of The Algorithm, and retro sound effects by Magnus Pålsson.