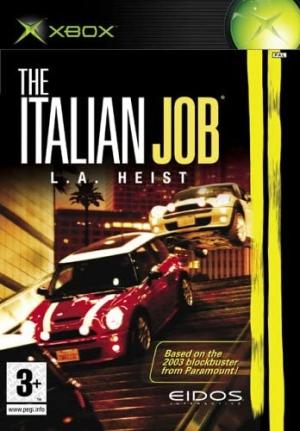 Charlie Croker and his gang are left for dead in Venice after being double-crossed during one of the biggest gold bullion heists in history. Taking on the role of Charlie and his gang members, you must wreak vengeance on the man who betrayed you and reclaim the gold. In order to achieve this you need to create the biggest traffic jam in LA history and make your escape in super-charged new Mini Coopers. The Italian Job: LA Heist is an arcade driving game with three modes of play – Story Mode, Circuit Racing and Stunt Driving. The Story Mode is based on the film’s plot as you attempt to steal $28 million in gold bullion from under the nose of the man who betrayed you. The game features 15 different missions utilizing a range of vehicles and gameplay styles. Create havoc on the streets of LA as you drive at break-neck speeds through environments based on locations in the film including the Hollywood Hills, Downtown LA and the city’s Metro and storm drain system. Features: - Story Mode based on the film’s plot featuring 15 missions with a variety of gameplay styles - Circuit Racing for 1 or 2 players (split-screen) around tracks based on locations from the film - Test your driving skills to the limit in the Stunt Driving offering you the chance to control a Mini Cooper over various obstacle courses - Environments based on locations from the film including the Hollywood Hills, Downtown LA and the city’s Metro and storm drain system - Tear through the streets of LA in a variety of vehicles ranging from the new Mini Cooper and muscle car to an armored truck and cable van - Cutting edge graphics engine running at a constant 60 fps (frames-per-second) with highly detailed textures and spectacular graphical effects - Exhilarating car handling and realistic damage model including body deformation and component removal - The story unfolds through the use of cinematic cut-scenes and voice-overs - Hidden extras including movie footage, interviews with the film’s cast, film stills, concept art etc.