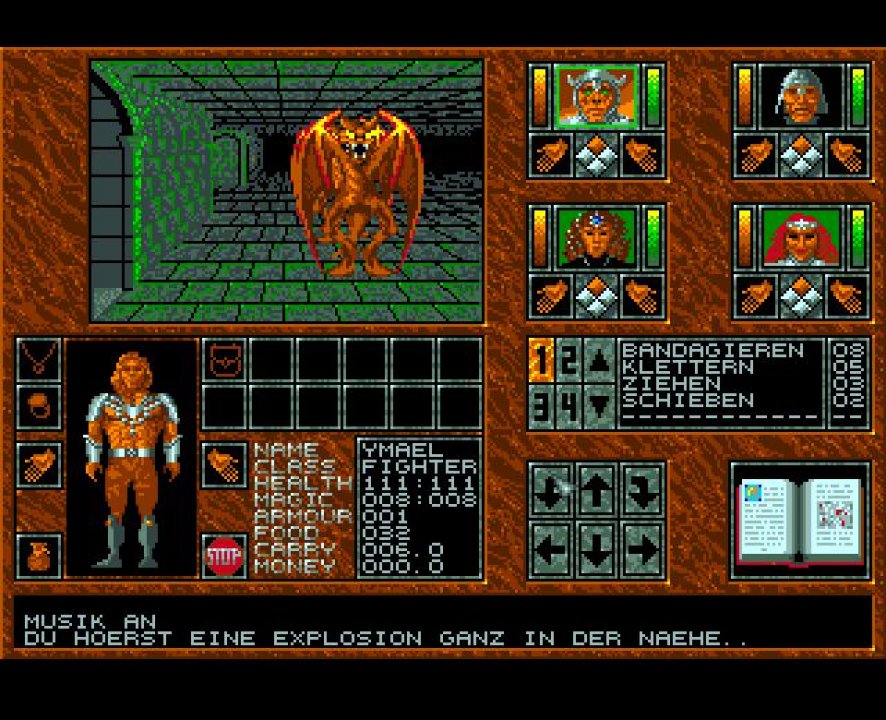 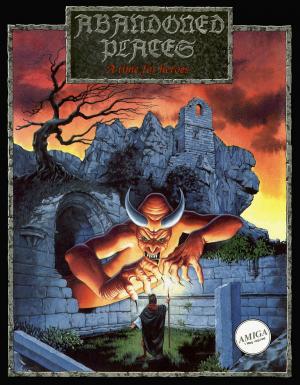 In this RPG, you play the role of four heroes whose mission is to save their world, Kalynthia, from the evil arch mage Bronagh. Most of the time, while exploring the over world, the game is shown in a 2D top-down view. It gives you much freedom: there's more to do than just stick to the main quest. Towns have a static interface where you reach the wished location by pressing the according symbol. e.g. a church for healing up or a sage for hints. During dungeon crawls the game switches to a 3D view and plays similar to Dungeon Master. As usual for this kind of games you see the dungeon in a small windows while your characters are shown on the right hand side of the screen. Dungeon sequences are completely in real-time. This includes combat which basically consists of clicking on a character's weapon or magic spell and then clicking on the monster. After every usage of a weapon/spell you have to wait a certain time until you can use it again. 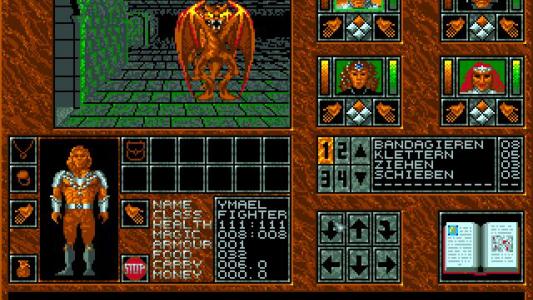