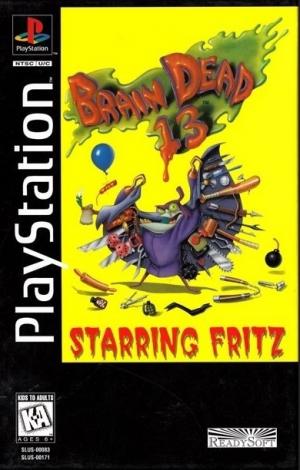 Brain Dead 13 is an interactive movie video game developed and originally published in North America by ReadySoft on 15 December 1995 and in Europe by Empire Interactive on the same year for the MS-DOS. Unlike Dragon's Lair and Space Ace, which began as laserdisc arcade games, it was only released for personal computers and video game consoles. In the game, players assume the role of young computer expert Lance Galahad to defeat Dr. Nero Neurosis at his castle and its residents. Its gameplay is primarily presented through the use of full motion video (FMV).