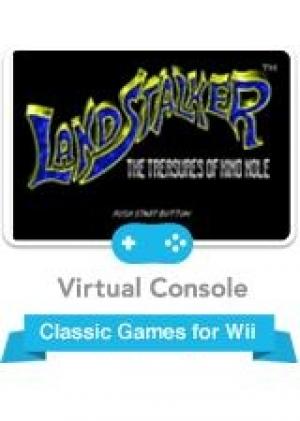 Landstalker: The Treasures of King Nole

After hearing of the legendary treasure of King Nole, the elvish treasure hunter Nigel undertakes a quest to gather various pieces of the famed loot. His journey takes him through Mercator Island's villages, caves and dungeons that hold King Nole's riches. Along the way, he'll have to help the inhabitants of the island while fighting against the treachery of Duke Mercator, who is searching for the treasure as well. A variety of obstacles and foes will try to deter Nigel, who must use all his wits and skills to defeat Duke Mercator and uncover the secret of King Nole's treasure.