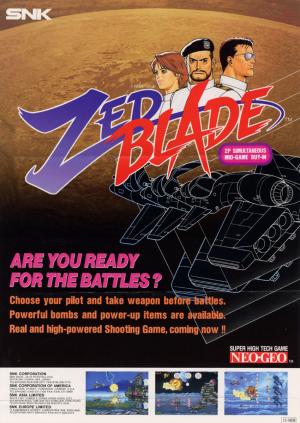 Operation Ragnarok is a sideways scrolling shoot-em-up for one or two players. Players can chose from three different ships, each with varying speeds. As well as ship choices, there are three different selectable weapon systems available; one each for the front and rear firing weapons and one for projectile weapons (such as Homing Missiles). Some enemies and waves drop bonuses and weapon power-up items when destroyed. Hyper-Bombs (very powerful 'Smart Bombs') can also be picked up.