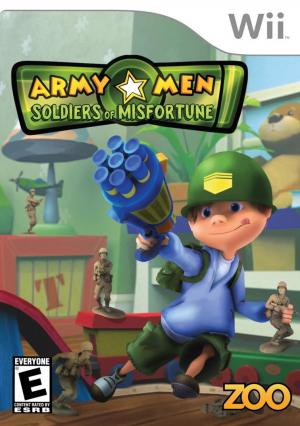 Soldiers of Misfortune is the latest game of the series, published by Destination Software, Inc. The plot of Soldiers of Misfortune is a major departure from the rest of the series. No reference is made to the regular Army Men characters, or to any of the events that occurred in past games. The player assumes the role of a young boy named Timmy, who imagines himself as a toy soldier and uses weapons such as a miniature dart.