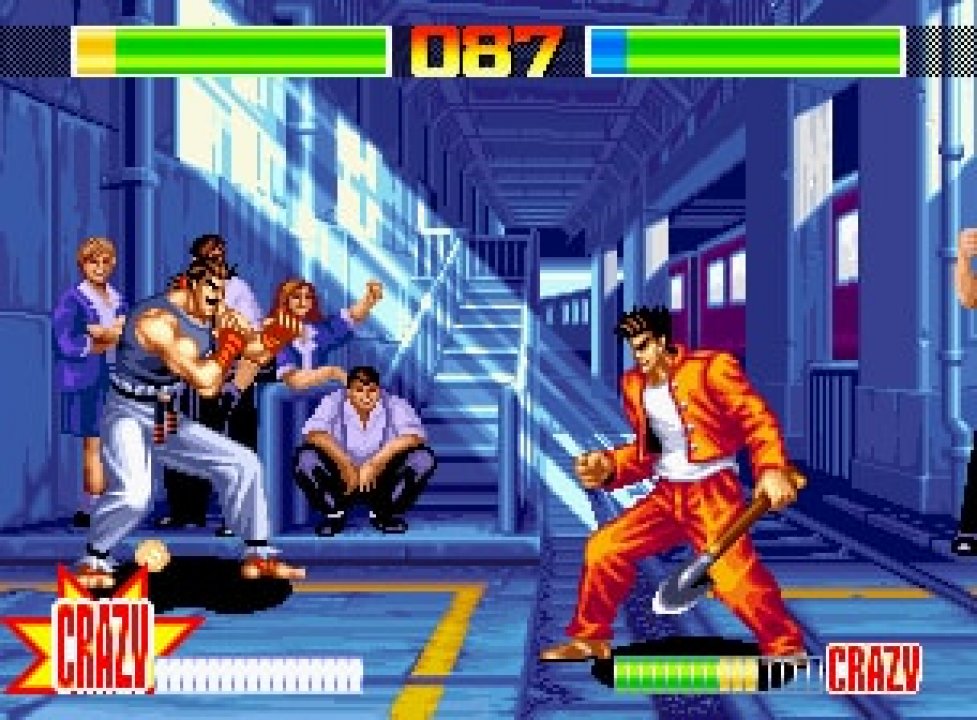 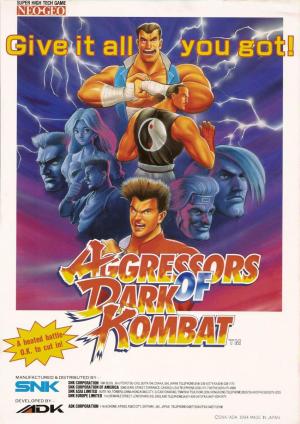 Aggressors of Dark Kombat offers virtually no storyline to explain its fights. In fact, the prefight conversation sequences show that the fights are not much more than chance meetings. The player's chosen character will advance through a series of stages fighting a series of opponents because he doesn't like the way the other guy looks. The game is viewed from the side perspective that virtually all 2D fighting games use. One player can fight against a computer-controlled opponent, or two players can fight against each other. Each character's life bar appears on the upper left or right of the screen, depending on starting location. A timer is located between the two life bars. When one character is drained of energy or the timer runs out, the match is over and the character left standing (or with more life, if neither characters were drained of energy) wins. 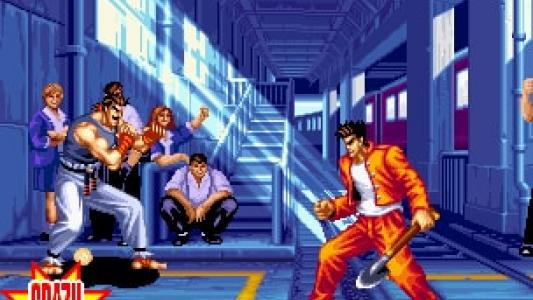