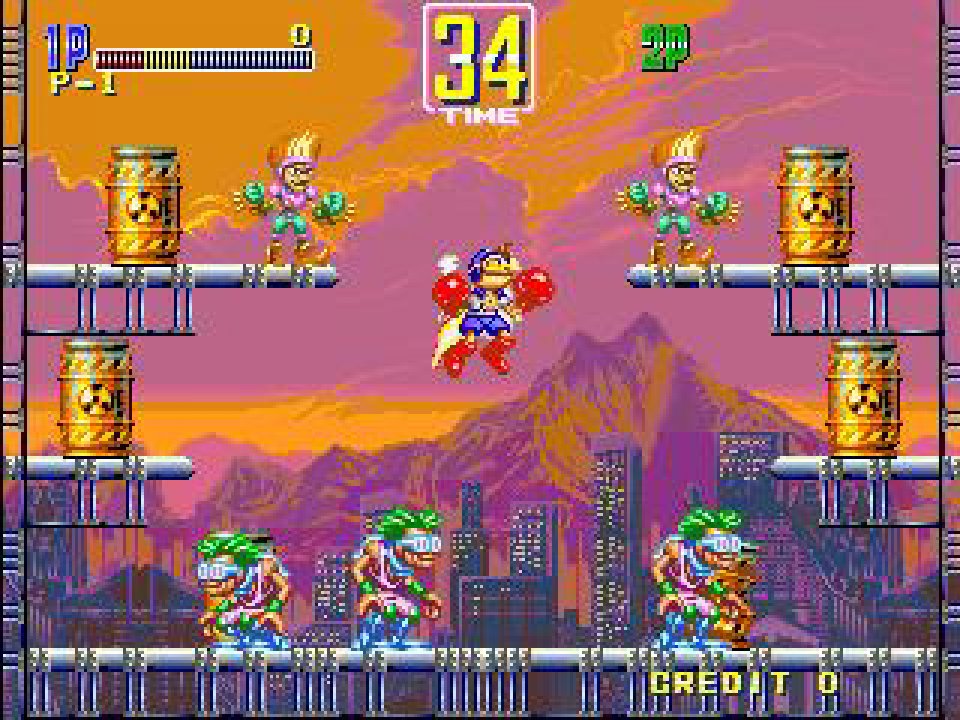 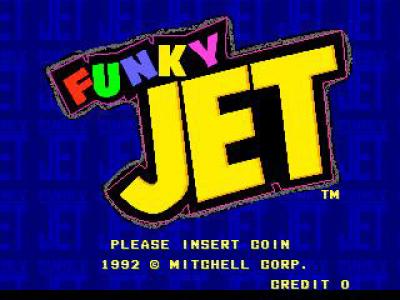 In the beat 'em-up game Funky Jet you control one of two characters equipped with a jetpack, a goggle pilot head and boxing gloves. There are six stages to choose from that increase in difficulty. The goal of the game is to clear the screen of all enemies that are standing on several platforms by flying around and hitting them with your gloves. Time bonuses and bonuses for clearing a stage are rewarded when clearing the screen. To complete a stage you have to clear several screens and defeat bosses and numerous smaller enemies. The game can be played solo or with a friend. 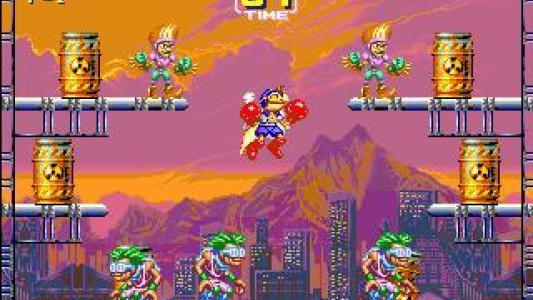