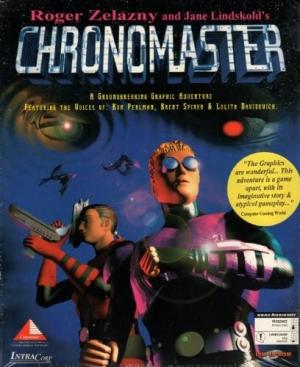 Chronomaster is an MS-DOS-based adventure game developed by DreamForge Intertainment and published by IntraCorp on 20 December 1995. Its main plot was written by novelist Roger Zelazny and was his last known work, as he died during the development of the game. Due to Roger's passing, Dreamforge used in-house puzzle and game designers John McGirk and Aaron Kreader to complete a majority of the game puzzles, while leaving the overall game plot and concept intact as per Roger's vision.