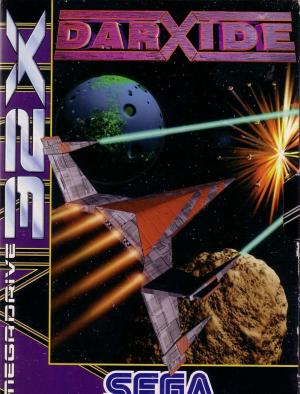 One of the last 32X games released (and exclusively in Europe), DarXide is a 3-D space shooter, inspired in part by the arcade gameplay of Asteroids. It is one of the few 32X games to used texture-mapped polygons. Players control a lone starship rushing to destroy oncoming asteroids and alien vessels before they annihilate defenseless human miners and colonies. Asteroids break apart into smaller rocks, which much also be hunted down and destroyed. Aliens likewise arrive in larger, more dangerous vessels.