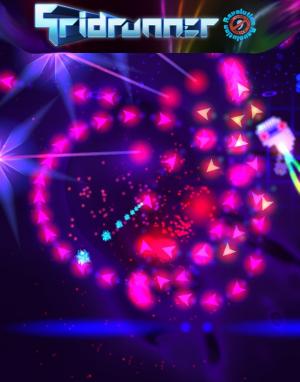 Gridrunner Revolution is a game which has evolved over 27 years. The original Gridrunner games were created for the Commodore 64 and Vic-20 back in 1982. The company that made the games, Llamasoft, are now one of the longest established game developers in existence and over the intervening years have done pioneering work in the field of music visualization as well as developing genre-defining games such as Tempest 2000 and the extraordinary Space Giraffe. Gridrunner Revolution takes some core ideas from those old Commodore games and extrapolates them forward to create a game that is both modern and exceptionally beautiful. The gameplay goes way beyond mere shooting and leads players to score highly by engaging with the game's mechanic to produce aesthetically pleasing abstract graphics “performances” as they play. Several game modes are included, along with simulations of the original Vic and C64 games so that players can see for themselves the game's history and how it has evolved in the 21st century.