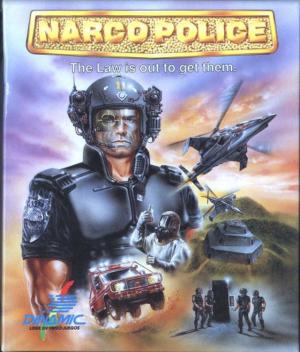 In the 21st century, the world is virtually ruled by the drug barons. Your mission is to equip and position three squads of elite cops on the perimeter, and guide them through the enemy's network of tunnels. Once through you must level the factory with explosives. The loadout and starting positions are predefined, but you can change the loadout, choosing from two types of ammo, three types of rockets, explosives, first aid kits, transporters, and armor. The game plays like a strategic third person shooter. You control the commander of the current squad, and can switch between the three. Also, there are computer terminals scattered around that can turn off some of the automated defences and cameras.