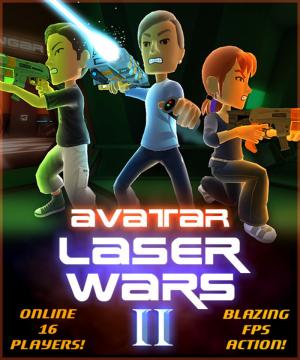 Avatar Laser Wars 2 is an online multiplayer first-person shooter that has players controlling Xbox Avatars. Players level up, create load out, and unlock more items. The game employs a dynamic game type common to many of the shooters developed by DigitalDNA Games. The game begins as a free for all death match until a certain amount of players are present in the session, at which point the game dynamically switches to team death match mode. If the player count drops below a certain threshold it switches back to free for all death match mode. This along with DigitalDNA Games dynamic match making, allowed for players to always be present in a game, which was a challenge for many multiplayer titles on Xbox Live Indie Games, where player counts were typically very small.