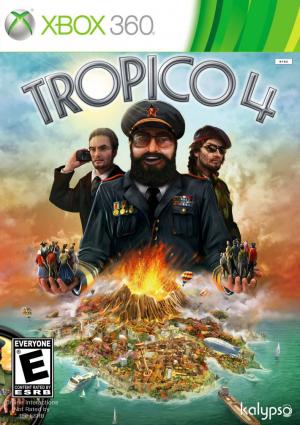 Tropico 4 is a video game developed by Haemimont Games and published by Kalypso Media. It is a construction and management simulation video game, which focuses on a city-building simulation. Like the first and third games in the series, it centers on a customizable main character titled "El Presidente" - the dictator who runs the island banana republic. The Mac OS X version of the game (Tropico 4: Gold Edition, containing the Modern Times expansion pack) was released by Feral Interactive on July 25, 2013,[1] as well as DLC packs Dash for Growth and Captain of Industry. DLC pack State of Emergency was released by Feral on April 3, 2014.[2]