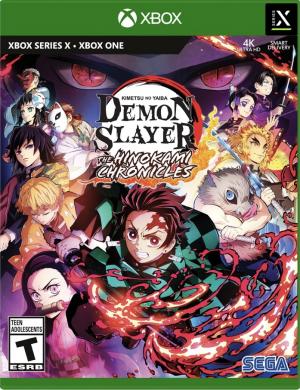 Become the blade that destroys demons! In solo play mode, walk the path of Tanjiro Kamado whose family is slaughtered and sister transformed into a demon. Experience the story depicted in the anime ""Demon Slayer: Kimetsu no Yaiba"" as Tanjiro fights to restore Nezuko's humanity and battle the demon threat! Play Versus mode, which allows up to 2 players to battle in offline or online 2v2 battles with any combination of characters, including Tanjiro Kamado and Nezuko Kamado! With simple controls and exhilarating gameplay, rise up to become the strongest of the Demon Slayers!