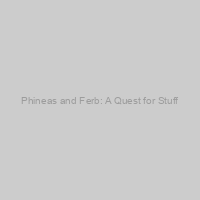 Phineas and Ferb: A Quest for Stuff

The game may be considered as a city-building game. It offers a variety of buildings (houses, shops, public buildings from the series) that the player buys with an in-game currency of "dollars", while buying premium items with real-world cash via Tools, a reference to Phineas Flynn's passion for Tools within the series. Many buildings come with a questline for the player to follow and some add with them a character from the series; players collect characters along with buildings. Characters can be sent on tasks to progress with the quests to advance with the game, and to earn extra money to save up for items. Each building regularly generates a sum of in-game cash to collect, under names such as "Income tax" from houses and the "Collection plate" from the Studio. Players can also place rivers, roads, pavement and decorations on the land. In 2022, developers added the "Rollercoster" transporter, to get players from Danville to the infamous Rollercoster, where they can expand and build similar to player interactions in the game's Danville. The game is supported by EA's Origin, which acts as a social bridge to where players log in to their Origin accounts and visit friends' towns to collect cash once every 24 hours; and occasionally other tasks during an event. There is a hidden easter egg where, in order to obtain the statue of John P. Tristate decoration, the player must tap Phineas 10 times in a row whilst he is performing any task. This action also gives the player 10 free tools, but can only work once.