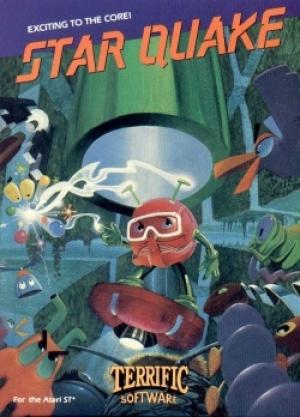 As BLOB, the Bio-Logically Operated Being, you are sent into an unstable planet and charged with the task of preventing it from exploding. This involves collecting various items (the exact combination is different every time you load the game) and taking them to the planet's core. The game is an arcade adventure viewed from the side, with 512 screens arranged in a 16x32 pattern. A teleport system exists, so once you find the codes you can get quick access to different parts of the game. The creatures to avoid are intelligent, getting tougher to predict as you get closer to the centre, but you are armed with a gun and can also try to avoid them. BLOB has a set of platforms which can be used to allow limited vertical movement, but these disappear after a few seconds each use.