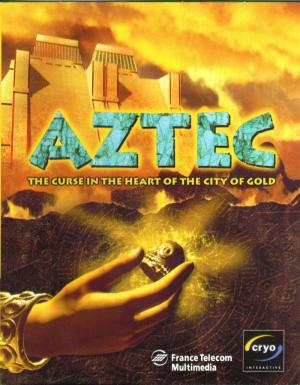 Aztec: The Curse in the Heart of the City of Gold

Also know as: The Sacred Amulet

1517. Mexico-Tenochtitlan, the Capital City of the Aztec Empire. You are Little Serpent, a young huntsman. You have a simple life and there does not seem to be anything that can disturb it. Until one day, when out hunting you come by chance upon the murder of a nobleman who gives you mysterious information before he dies that you should never have heard... Soldiers accuse you of murder, a crime which you did not commit. They have taken your parents hostage to force you to give yourself up. A strange illness is eating away at the country, the doctors are powerless. A few meagre clues make you think that this perhaps has something to do with your own misfortunes. Will you know how to use these clues properly? Be careful, there is danger everywhere and you do not have much time. Choose your friends well. Unmask the traitors. There will be many intrigues... Your destiny has changed competely. The fate of the Aztec world rests on your shoulders, and on yours alone.