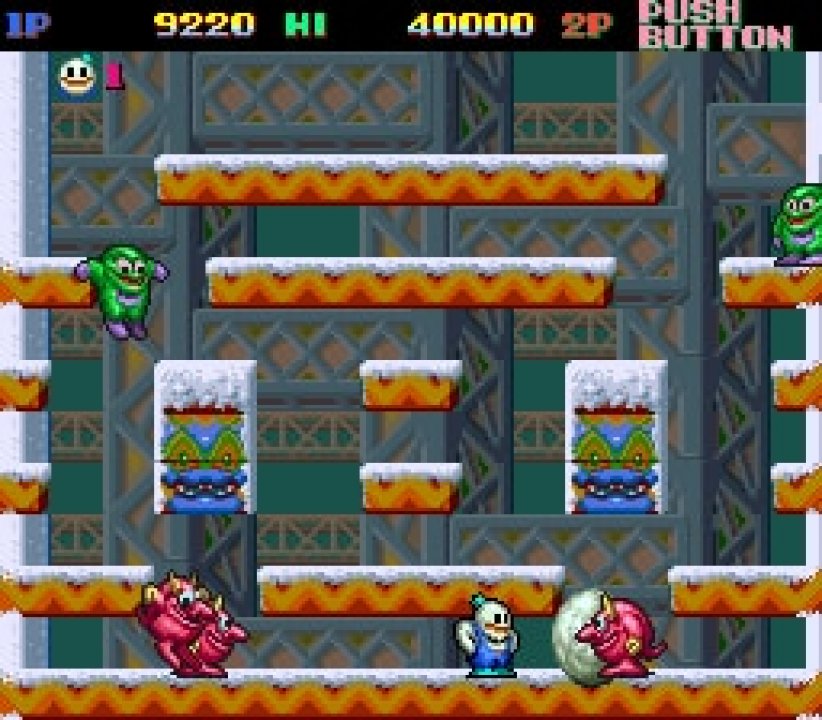 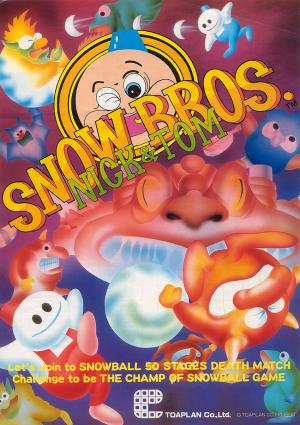 Snow Bros. is a platform arcade game released in 1990 by Toaplan. The gameplay is similar to Bubble Bobble, released in 1986. The game supports up to two players, with each player taking the part of one of two snowmen Nick and Tom. Each player can throw snow at the enemies. The player must throw snow at each enemy until it is completely covered, when it turns into a snowball. An enemy partially covered in snow cannot move until it shakes it off. Once an enemy has been turned into a snowball, the player can roll it. The snowball will re-bound off walls, until eventually shattering against a wall. Any enemies the snowball rolls into are eliminated and other stationary snowballs start rolling when the rolling snowball touches them. If the player manages to take out all of the enemies with kicking one snowball (this one snowball may be used to make others bounce around as well and increase the chances to pull this trick off), money in the form of large green bills will fall from the sky. These disappear in a very short amount of time but are worth 10,000 points each, the most the player can get as a bonus. Every tenth level there is a boss. Each boss can sustain being hit a number of times. 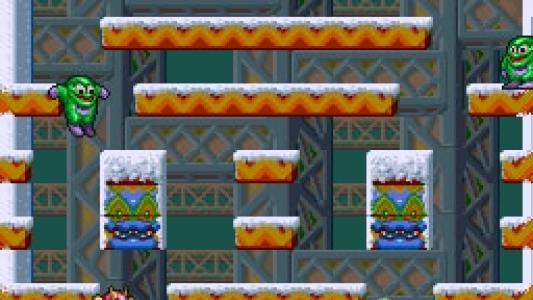