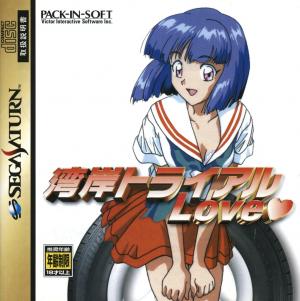 Wangan Trial Love [ 湾岸トライアルラブ ] is a 1998 racing game released exclusively in Japan on the SEGA Saturn. The game was developed and produced by Pack-In-Soft, which following their merger with Victor Interactive Software still periodically released games under the Pack-In-Soft imprint, a result of dropping their prior Pack-In-Video branding. Wangan Trial Love is typically included in discussion with Pack-In-Video's Wangan Dead Heat series, released in North America as Highway 2000. Wangan Trial Love is a cross-genre visual novel / racing game, with various mini-games also included as "jobs". The player assumes the role of a man trying to make a name for himself in the street racing scene, while also given opportunity to forge relationships with various women. A sub-segment of the game features a karting trainer mode. The game is probably most referenced for it's rather frustrating control schema, whereas the player has to press separate buttons for accel, brake, and clutch, while using the directional pad to move the gear shifter and the top L and R triggers to steer their vehicle. While Wangan Dead Heat utilized real actresses, Wangan Trial Love adopted an anime aesthetic. The game received SEGA's Yellow 18 rating for sexual situations. 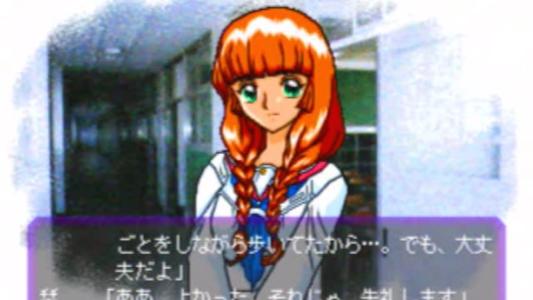