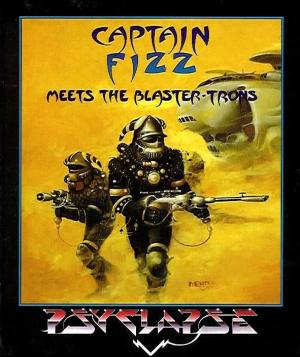 The Blaster-Trons have invaded the planet Icarus, traverse twenty levels linked by lifts to save them. This is really a two player gamel, as gameplay is simultaneous and only ever fills half the screen for each player. Each level has doors which are locked with colour coded keys, as well as doors which can only be used in one direction, and lots of long corridors and mazy layouts. Both yourself and the aliens are armed with lethal lazers, although you can take several hits before dying.