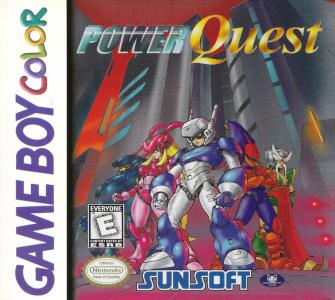 The gameplay of Power Quest is a mixture of two genres: RPG and fighting game similar to Hissatsu Doujou Yaburi, Tenkaichi Bushi Keru Naguru and Metal & Lace: Battle of the Robo Babes. You venture around the town in which you live on an overworld map where you can go to different locations. Once you arrive at a location, a character appears on the screen with some dialogue. More often than not this dialog involves the character challenging you to a fight. After you are challenged by a character, the game switches to a one-on-one fighting game engine. This is the RPG's battle system which differs from the usual turn-based battle engine's of the genre. You can buy new parts for your Model which is how you gain experience throughout the game. You progress through the game by challenging a certain amount of people before the next event is triggered. Then special events pop up throughout the game after this number is met which usually involve a tournament or beating some strong boss-type character.