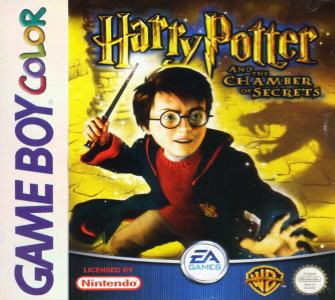 Harry Potter and the Chamber of Secrets

Ignoring Dobbya the house-elf's grave warning that disaster will strike if he returns to Hogwarts, Harry embarks on his second year to find Dobby's predictions coming true! Harry soon finds himself entangled in a dark plot against his "Mudblood" classmates, as students keep turning up petrified! Could Draco Malfoya be to blame, or is something even more malevolent at work? With the help of returning friends Hermione, Ron, Hagrida and Hedwiga, players attend new classes to learn second-year spells that will aid them in a quest to uncover the true identity of the "Heir of Slytherin".