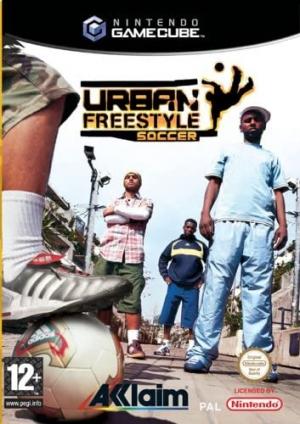 Urban Freestyle Soccer (known as Freestyle Street Soccer outside Europe) is a sports video game developed by British studio Gusto Games, a company announced in 2003, made up from eleven former employees of Silicon Dreams Studio, the game's original developer, which closed down in September that year. The game was published by Acclaim Entertainment and released for mobile phones, GameCube, Microsoft Windows, PlayStation 2 and Xbox, between August 2003 and March 2004.