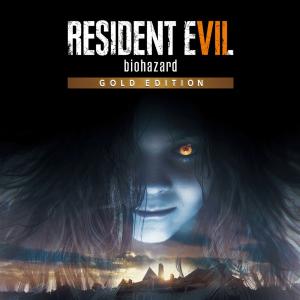 The story follows civilian Ethan Winters as he searches for his wife Mia, which leads him to a derelict plantation inhabited by the Baker family. Ethan makes use of weapons and tools in the fight against the Baker family, and the "Molded", a humanoid form of bacteria. Healing items are used in the event of injury and there are puzzles that may be solved to further the story. Instead of being action-oriented like Resident Evil 5 and 6, the survival horror element present in earlier installments took priority. Thus, the game uses a first-person perspective. It is the first full-length game to be developed in the RE Engine. Experience one of the scariest, most highly acclaimed games of 2017 with Resident Evil 7 Gold Edition – complete with all Season Pass content. As Ethan Winters, explore the seemingly abandoned Baker farm and uncover the truth behind the disappearance of your wife, Mia. The Gold Edition contains the full game plus Banned Footage Vol. 1 and 2 extra content packs, the End of Zoe epilogue episode, and the 'Not a Hero' epilogue chapter starring Chris Redfield.