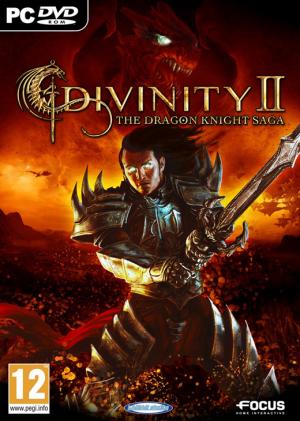 Divinity II – The Dragon Knight Saga is an epic role-playing game on PC and Xbox 360, that combines the complete adventures of the legendary dragon Knight. This incredible RPG includes the entirely remastered and improved version of Ego Draconis, the original adventure of the Divinity II saga. The content of this edition as well as its graphic engine have both been much improved and overhauled, in order to provide a more beautiful and richer game experience! Divinity II – The Dragon Knight Saga also includes the brand new adventure Flames of Vengeance, which adds dozens of hours of gameplay to the original story, and packs loads of new quests, creatures and items, as well as a spectacular finale to this great saga! A total of over 100 hours of gameplay and more than 180 original quests await you in this epic role-playing game. Embrace the Dragon Knight's destiny and annihilate the threat that looms over Rivellon!