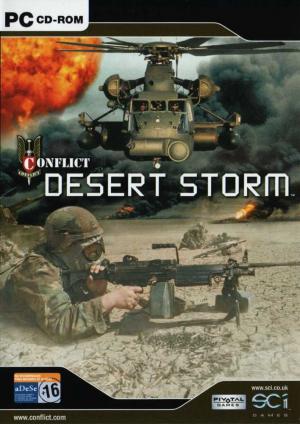 The player takes control of a four-man squad of special forces soldiers, either in the British Special Air Service or the United States Army Delta Force. Each soldier in the squad has a unique specialty, such as demolitions, sniper rifles, machine guns, and assault rifles. To complete each mission successfully, the player must utilize the skills of each squad member, such as using their demolitions expert to destroy bridges, their heavy weapons specialist to destroy tanks, etc. Prior to beginning a campaign, the player can run through the basic training portion of the game, which will cover the use of weapons, as well being trained in the use of artillery and airstrikes, along with basic medical skills and squad maneuvers. The game includes a player-controllable Humvee and M2/M3 Bradley Fighting Vehicle.