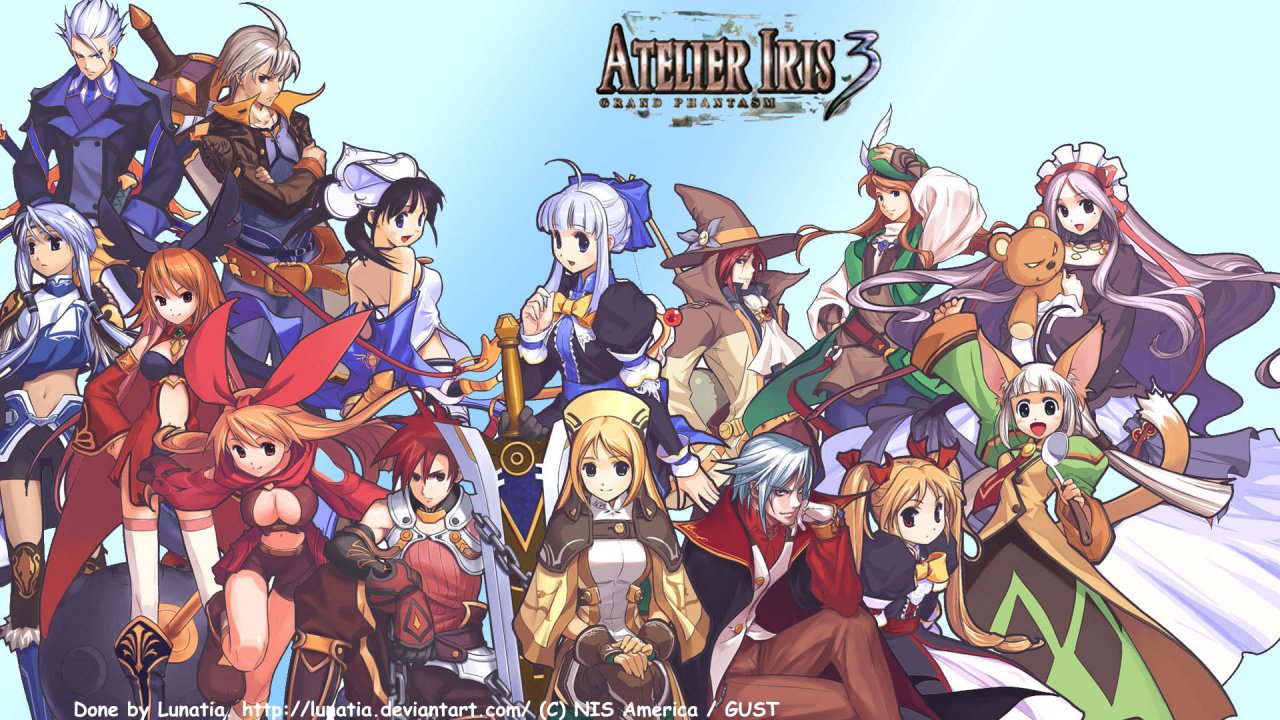 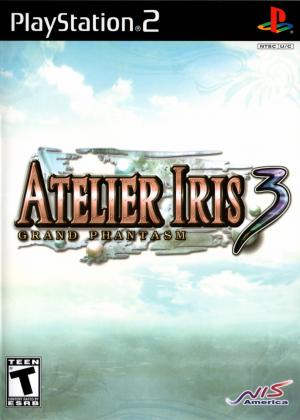 Atelier Iris 3: Grand Phantasm is a traditional Japanese old-fashioned RPG with a classic turn-based battle system and 2D anime style characters. The main feature in Atelier Iris 3 is alchemy, just as in previous games in the series. This means players will able to collect all kind of ingredients throughout their quest and make items with the help of their alchemy skills. Players will take control of three protagonists in Atelier Iris 3: - Edge Vanhite - a 19 year old raider and alchemist, who's job is to explore the Alterworlds. - Iris Fortner - a 16 year old girl who is Edge's childhood friend and still a novice raider. - Nell Ellis - a 15 year old girl, who is an energetic young novice raider from a noble family. The game's graphics is a mix of 2D images/objects and 3D backgrounds with Gust's usual 2D anime characters. The game also has several anime cut-scene including an introduction video. The game's music and sound was made by Ken Nakagawa known from the earlier Atelier games. The battle system is quite similar to the older Atelier games with (a little bit) improved traditional turn-based combat. Some of the news to this third Iris game: An all new alchemy level system. Players can practice alchemy to improve their skills and create new items. The Active Cost Card Battle System which shows your exact order in the battle and brings more strategy to the fights. Using the new Enemy Symbol Encounter System, players can know see their enemies on the map, which helps them to plan. Players can also accept mission from an guild and improving their rating by doing so. 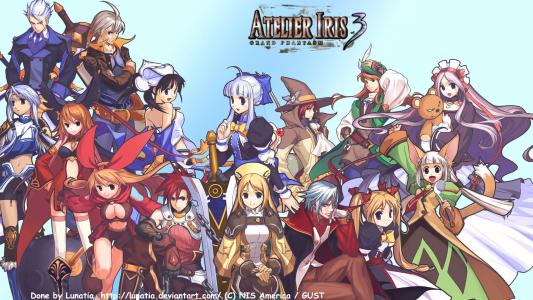