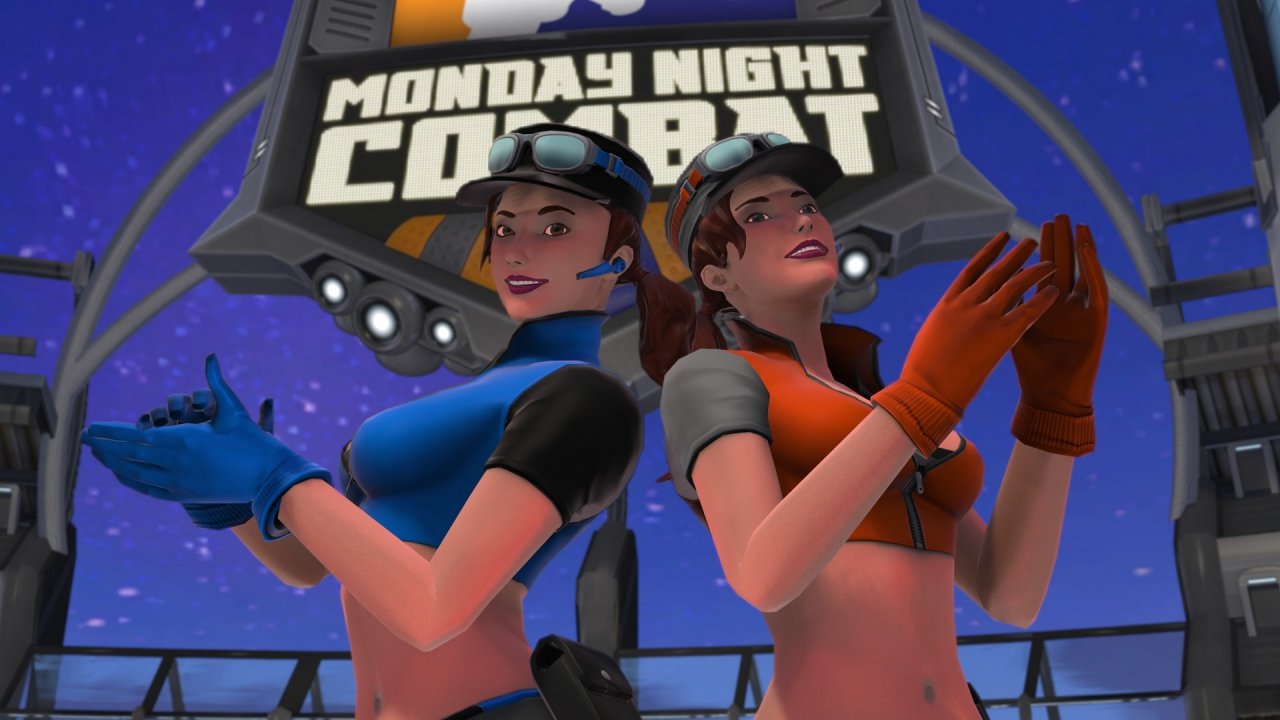 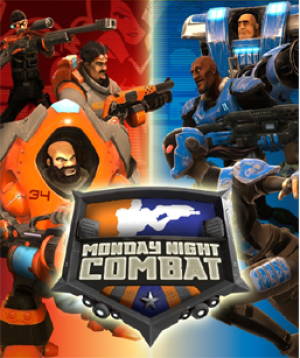 Monday Night Combat is a shooter played from a third person perspective. It combines a class-based character selection system with team-based objectives in the style of Defense of the Ancients. Its background is that of a futuristic replacement for Monday Night Football in which cloned soldiers battle against each other for money. The game is played in one of two scenarios, each one a variant on the traditional Dota game type with some elements of tower defense mixed in.[8] The first is Crossfire, in which teams of up to six compete online to destroy the other team's Moneyball, a stationary shielded object guarded by its respective team. The first team to destroy their opponent's Moneyball is declared the winner. The second gameplay scenario is known as Blitz. In Blitz up to four players work together to protect their team's Moneyball against increasingly difficult waves of robots. Blitz can be played alone, in two-player splitscreen or with up to four players online.[8] 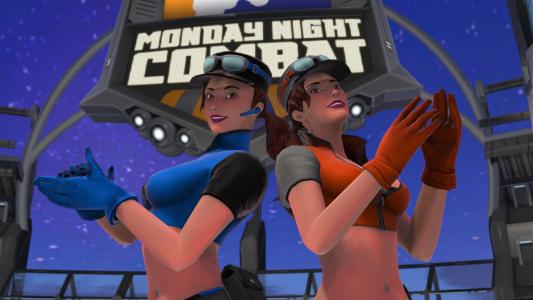