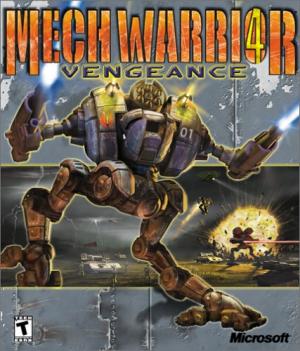 The game takes place on the Inner Sphere planet Kentares IV and its moon. Players take control of Ian Dresari, son of famed Clan War hero Duke Eric Dresari and heir to the throne of Kentares. A civil war erupts on the planet after William Dresari, Ian's cousin, betrays the family and seizes the throne for himself under the banner of Katherine "Katrina" Steiner, ruler of the Lyran Alliance and responsible for annihilation of loyalists to Victor Steiner-Davion, brother of Katrina. After a surprise attack by Steiner forces on the Dresari royal palace, leaving Eric Dresari and the majority of the royal family dead, Ian meets up with his uncle, Sir Peter Dresari, on the moon orbiting Kentares' to launch a guerrilla campaign against Steiner. Ian fights alongside with fellow Resistance MechWarriors, Casey Nolan, Jen McQuarrie, and Jules Gonzales, and their commander Elise Rathburn in various missions. The Resistance eventually relocates its base on the moon and sets up camp for the first time on Kentares' in the arctic regions. At one point during the campaign, Ian's uncle Peter is murdered by Duncan Burke, a high-ranking officer in Katrina's forces. Ian and the rest of the Resistance are devastated by the loss of his uncle and debate over whether or not to continue the fight for Kentares' freedom. They decide to push forward and manage to capture a satellite network from Steiner. The rebel group moves into the mountains. After destroying a disabled but heavily-guarded Steiner dropship, Ian and the Resistance move to the Hadra Peninsula, a remote desert region. Rumors of an abandoned prison camp reach the Resistance and efforts are made to locate and liberate it in order to enlist more personnel for the Resistance. Along the way, Ian is shocked to find that one member of his family survived Steiner's siege of the Dresari palace: his sister Joanna. After a short reunion, Ian and Joanna are separated once more as the Resistance plans to mobilize their forces to assault Steiner's stronghold. They make a brief detour to save the coastal town of Vale after Steiner threatens to bomb the town due to allegations of links to the Resistance. Not only does the Resistance save the population, but Ian manages to personally defeat his uncle's murderer, Duncan Burke, in a heated duel. Pushing forward into the cities, the fighting heats up and Resistance casualties mount. Joanna informs Ian of an old armory cache hidden somewhere in the city full of equipment enough to outfit four heavy Lances of mechs, valuable for assaulting the Dresari palace, now the headquarters for the Steiner occupation. Before the search for the cache could be conducted however, Joanna and her Lance are ambushed by Steiner forces, leaving her badly injured and in mortal danger. Ian has to make a choice, between rescuing his sister from certain death or securing the weapons cache for an assault on the Dresari palace. Whatever the player chooses, Ian and the Resistance fight one last battle against House Steiner, finally putting an end to the war. However, the fight is not yet over for Ian, as William shows up in a modified Daishi, challenging Ian to a duel. Ian defeats William and finally frees the planet from Steiner's grasp. Depending on the choice the player makes during the penultimate mission, either Joanna or Ian will ascend the throne as Duchess or Duke, respectively.