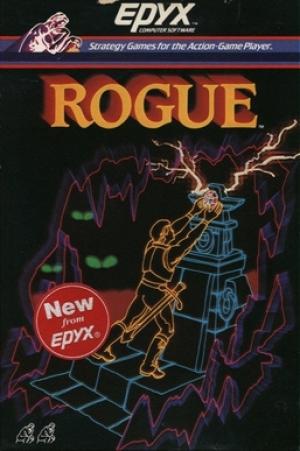 In Rogue, players control a character as they explore several levels of a dungeon seeking the Amulet of Yendor located in the dungeon's lowest level. The player-character must fend off an array of monsters that roam the dungeons. Along the way, players can collect treasures that can help them offensively or defensively, such as weapons, armor, potions, scrolls, and other magical items. Rogue is turn-based, taking place on a square grid represented in ASCII or other fixed character set, allowing players to have time to determine the best move to survive. Rogue implements permadeath as a design choice to make each action by the player meaningful — should one's player-character lose all his health via combat or other means, that player-character is simply dead. The player must then restart with a fresh character as the dead character cannot respawn, or be brought back by reloading from a saved state. Moreover, no game is the same as any previous one, as the dungeon levels, monster encounters, and treasures are procedurally generated for each playthrough. This game was originally released on Unix in 1980 and was ported to the Amiga in 1986.