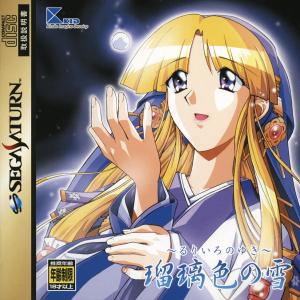 The protagonist of the game is a high school student who has lost his parents in a car accident. Living with foster parents was difficult, and he decided to rent the room in the house that once belonged to his real parents, feeling that their spirits would become closer to him that way. However, shortly thereafter the boy started having strange dreams. Upon his arrival, he discovered a jar in a hole underneath the floor in his room, and that jar miraculously produced a young woman named Ruri (which means "lapis lazuli"), who becomes a part of his life in a way he would never expect.