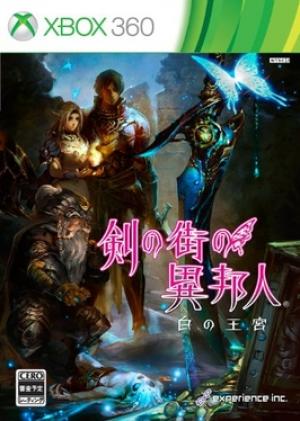 Stranger of Sword City (剣の街の異邦人, Tsurugi no machi no ihoujin), originally titled The Stranger in Alda, is a dungeon crawler role-playing video game developed by Experience, developer of Demon Gaze, for Microsoft Windows, Xbox 360, PlayStation Vita and Xbox One. The Japanese Xbox 360 and Vita versions have different subtitles: the Xbox 360 and Windows version is subtitled White Royal Palace (白の王宮, Shiro no ōkyū), whilst the Vita version is subtitled Black Palace (黒の宮殿, Kuro no kyūden). The Xbox 360 version was released in Japan on June 5, 2014, and the PC and PS Vita versions followed in August 2014 and January 2015. The game was released internationally in 2016. An updated version of the game titled Stranger of Sword City Revisited (新釈・剣の街の異邦人 ～黒の宮殿～) was released for PlayStation Vita on July 21, 2016 in Japan and internationally on February 28, 2017.