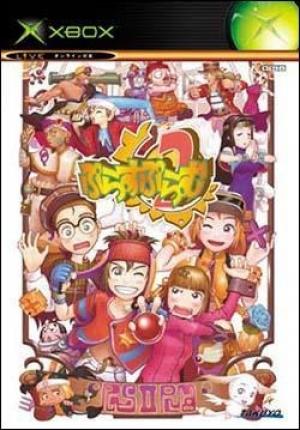 Xbox Live compatible Japanese puzzle game featuring anime-style characters. Players compete in the story mode or go head-to-head with others in the versus modes. The game looks and plays similar to Columns: match up three icons of the same color to clear them, but with the added catch that players don't change the order of icons, but their color. Pulling off combos in the multiplayer mode will conjure up special attacks, accompanied by on-screen character animations.