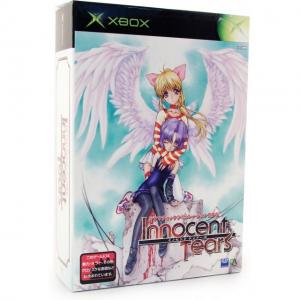 The events of "Innocent Tears" take place in the 22nd century. In this post-apocalyptic world, Earth has turned into an battle arena on which two powerful races, the Angels and the Fallen Angels, fight each other, deciding the destiny of humans and the world. You take control of the leader of Fallen Angels, and fight to protect the human race from the manipulations of the Angels. Comes with CD Soundtrack, Telephone Card Holder, and Art Print in Limited Edition Box