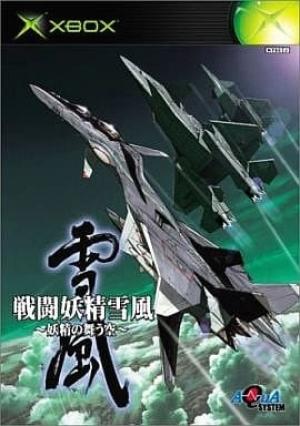 Battle Fairy Yukikaze: The Sky Where the Fairy Dances

A futuristic flight simulation game based on a five episode Japanese anime series of the same name (which was in turn inspired by a popular Japanese science-fiction novel). Graphics and audio from the anime series are incorporated into the game. There are three game modes: Mission Mode - play through a series of 14 missions that tell the story of the Yukikaze. Vs Mode - two-player split-screen head-to-head combat. Extra Mode - arcade combat mode with unlimited ammunition. If you do not survive, you cannot achieve your mission. If you are alive, you will be given the next task. If you can't survive, you won't even get the chance. A battlefield where you have to make an instant decision in the last minute. Achieve a difficult task with the highest level of air combat skill and thought judgment!