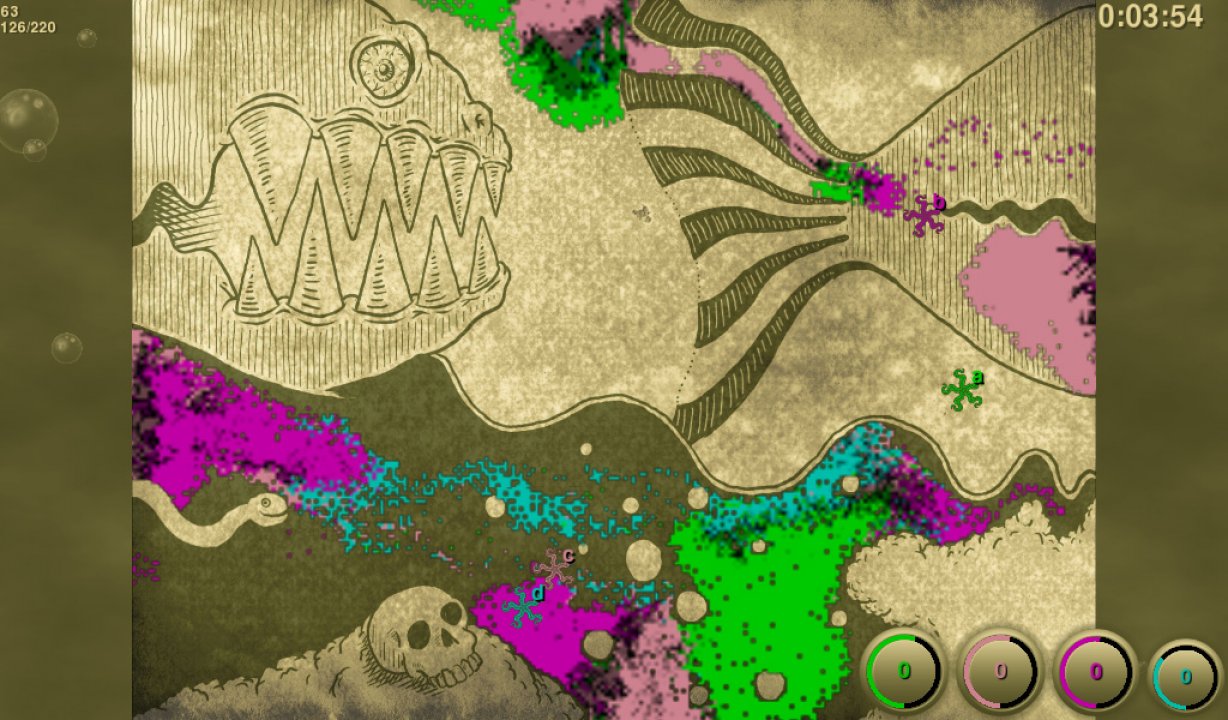 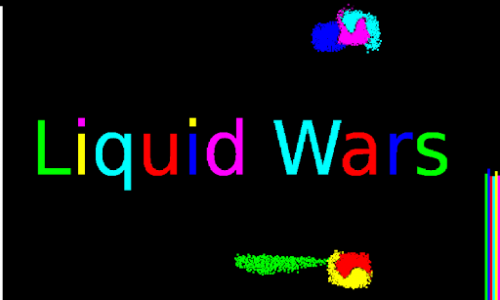 Gameplay takes place on a 2D battlefield, usually with some obstacles. Each player (2 to 6, computer or human) has an army of particles and a cursor. The objective of the game is to assimilate all enemy particles. The players can only move their cursors and cannot directly control the particles. Each particle follows the shortest path around the obstacles to its team's cursor. A player may have several thousands particles at a time, giving the collection of particles a look of a liquid blob. When a particle moves into a particle from a different team, it will fight and if the opponent particle fails to fight back (it is not moving in the opposite direction) it will eventually be assimilated by its attacker. As particles cannot die but only change teams, the total number of particles on the map remains constant. Since a particle can only fight in one direction at a time (towards its team's cursor), a player that surrounds its opponents will have a distinct advantage. The game ends when one player controls all of the particles or when the time runs out. When the time runs out, the player with the most particles wins. There are multiple maps which affect the obstacles in the battlefield. These obstacles may affect the strategies of the game. Liquid War is a multiplayer game and can be played by up to 6 people on one computer, or over the Internet or a LAN. A single player mode is available in which the opponents are controlled by the computer. The computer AI's "strategy" is to constantly choose a random point in the enemy and move its cursor to it. 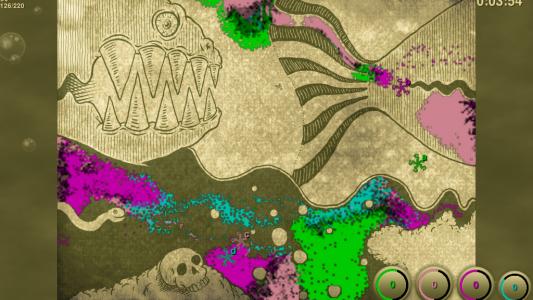