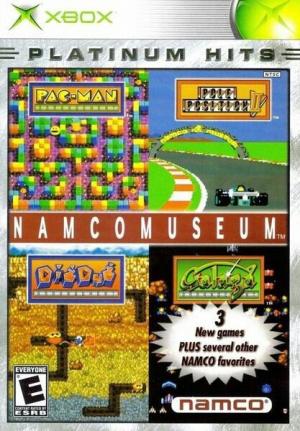 Namco brings an unprecedented number of classic arcade hits home in one package. Games included are Pac-Man, Ms. Pac-Man, Galaga, Galaxian, Dig Dug and Pole Position. But the fun doesn't stop there, since Namco has added all new arrangement modes plus other hidden games. XBOX version is NA exclusive. Platinum Hits is a term used to refer to a line of select Xbox games that were considered by Microsoft to have sold considerable units on the platform in the nine months after release, and have dropped in price from their original MSRP to a newer, lower price, generally that of US $19.99, although multi-game packs may sell for more.