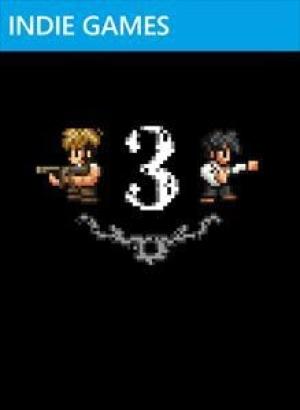 Penny Arcade Adventures: On the Rain-Slick Precipice of Darkness, Episode 3

Episode 3 features a completely different art style which is similar to the pixel graphics of the SNES era. Combat is similar to the early Final Fantasy games with heroes being positioned on the right side of the screen and the monsters on the left side of the screen. Unlike the first two entries in the series Episode 3 does not feature any voice work and the player no longer plays as the player-created character from the first two episodes. The title also received two free packs of downloadable content after release: The Lair of the Seamstress, which added a bonus dungeon to the game that became unlocked after getting all the class pins up to level 40, and The Beginning of the End, which reveals the fate of the player character between the events of Episodes 2 and 3.