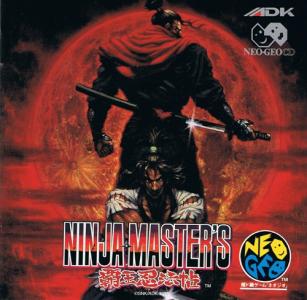 Ninja Master's: Haō Ninpō Chō, (ニンジャマスターズ ～覇王忍法帖～, Ninja Master's Scrolls of the Supreme Ninja Arts), is a ninja-themed 2D fighting game produced by ADK and originally released in 1996 for the Neo Geo arcade and home platform. Ninja Master's was the sixth and final fighting game produced by ADK, following the four games in the World Heroes series and Aggressors of Dark Kombat. It was later featured in the 2008 compilation ADK Damashii for the PlayStation 2. Ninja Master's was also re-released on the Neo-Geo X handheld system in 2012, and for the Virtual Console in 2013.