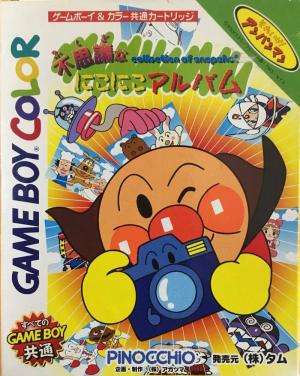 A game where you control Anpanman and collect photos of your friends in various places. The photo must be a smiling person. However, some friends have less Nico Nico power because of Baikinman. In such a case, let's listen to the story. Maybe something is in trouble ... Let's complete the album in this way and help Dokin-chan and Melonpanna-chan trapped in the album! Baikinman challenges the game to prevent the album from being made. If you lose the mini-game, Baikinman will take the photos in the album. Since there is a communication mode, the characters of the collected album can communicate with other players.